Oliver Agriculture Ltd. is a family business that started in 1823, and the seventh generation of the Oliver family that founded it continues to be involved today.

After the Second World War, Oliver Agriculture Ltd. took on the CLAAS franchise, so the business has been selling CLAAS equipment for well over 70 years. The company continued to evolve, and it got to the stage where it needed to specialise and focus on some of the key manufacturers.

Thus, in 2008, it split the trading part of the business into two, creating both Oliver Agriculture and Oliver Landpower.

We sat down with David Jarman, Director of Oliver Agriculture Ltd., to discuss how this 90-year-old business expanded geographically by three depots, bringing this established business to new heights. 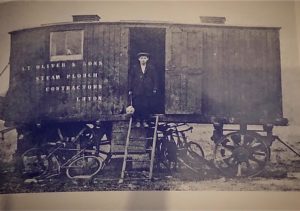 Can you tell us about the business as it stands today?

David: “We sell CLAAS, Horsch and several other franchises. The business has also expanded in terms of the area that we cover. In 2015, Oliver Agriculture took on three more depots to the south of us, making us a five-depot dealership. In the last 12 months, we’ve more than doubled our turnover.”

How have the related businesses been operating?

David: “The sister company, Oliver Landpower, has also continued to grow. Whilst still having roots in agriculture, it also has done other diversifications and is the mechanism for them to provide groundcare equipment. They’re specialised in professional groundcare, including the golf courses and local authorities and have a utility hire side to the business.” 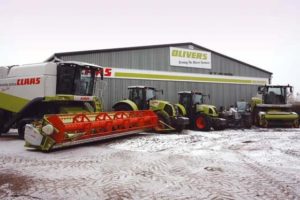 How would you describe the business in terms of growth?

David: “In size of turnover, Oliver Agriculture has gone from £16 million last year to £33 million this year, total. And Landpower has also seen significant growth. In all, the group is in excess of £50 million turnover.”

How is the business structured?

David: “We have quite a diverse portfolio within the group, and we have grown to a size of 135 employees. We have services that are provided centrally such as shared accounting and administrative resources, which helps with overhead management.”

How did you get involved in the business?

David: “I originally joined in 1981 and took over the field sales area. Several years later, I became the depot manager. When we merged that depot with the head office, I took a role here at head office. As time went on, I became a Director of the company with an understanding of all aspects of the business.”

What would you say is the hardest part of your job?

David: “Successful delegation is the toughest part, in terms of sharing responsibilities and considering that things are done in a manner that you’d like them to be done.”

When did you implement Ibcos Gold, and what was the initial reason for it?

David: “We implemented it in late 2001. The system that we had before was a combination of manual systems for parts stock control and an electronic ledger. It was quite antiquated and difficult to operate. So, having something that joined up all the different parts of the business, which Ibcos could offer, was the obvious move.” 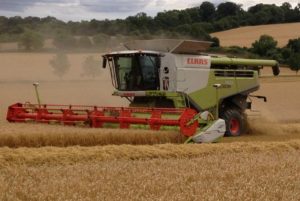 How would you say Ibcos Gold compares to what you had before?

David: “It was a massive leap forwards at the time. It enabled us to process invoices more easily. On the workshop side, everything is linked together. This ranges from the sort of machines that we’re selling, to the wholegoods, to having the record of all the workshop jobs that stemmed from that machine.

“Everything became joined up, which made administration of the operation so much easier and transparent. Things couldn’t be hidden away; we’ve got better visibility today.”

How has the system evolved?

David: “Ibcos has moved forwards perfectly over the last 20 years, and it keeps progressing. There is no way that you could stay with the old systems and expand the business. With the administrative burden, it would be too much.”

What would you say are some of the must-have features of a system like Ibcos Gold?

David: “In the current way of working, having good integration with our suppliers’ systems is key to operating. This is something that we worked out with CLAAS within Ibcos. Recently, we’re partnering with some initiatives in the UK, trying to integrate interfaces among the dealers’, suppliers’ and manufacturers’ systems. 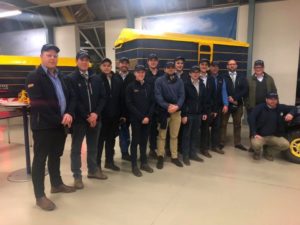 How would you describe implementing Ibcos across three further depots?

David: “With good liaising between teams at both Ibcos and the manufacturer, we were able to have quite a smooth transition.

“It has been a very big plus point for us in terms of being able to expand the business. At the same time, we had to train new employees who had no experience with Ibcos in the past. With the support from Ibcos, we were able to achieve implementation, without it being too traumatic.”

What’s your opinion on support that Ibcos provides?

David: “The support team have been very proactive in terms of dealing with any of the issues we’ve had. The speed of developing any fixes has been quite pleasing.”

How much has Ibcos contributed to the overall success of your dealership?

David: “Without a good dealer management system, it would be impossible to deal with the volume of business that we currently have. I don’t know how many more people you’d have to employ to do what Ibcos does for us. It’s an essential contributor to the operation.”

Be the first to hear of recently published dealer stories.

Are you curious how much Ibcos Gold Service can save you and your dealership?

Click here to try our free ROI Calculator and find out